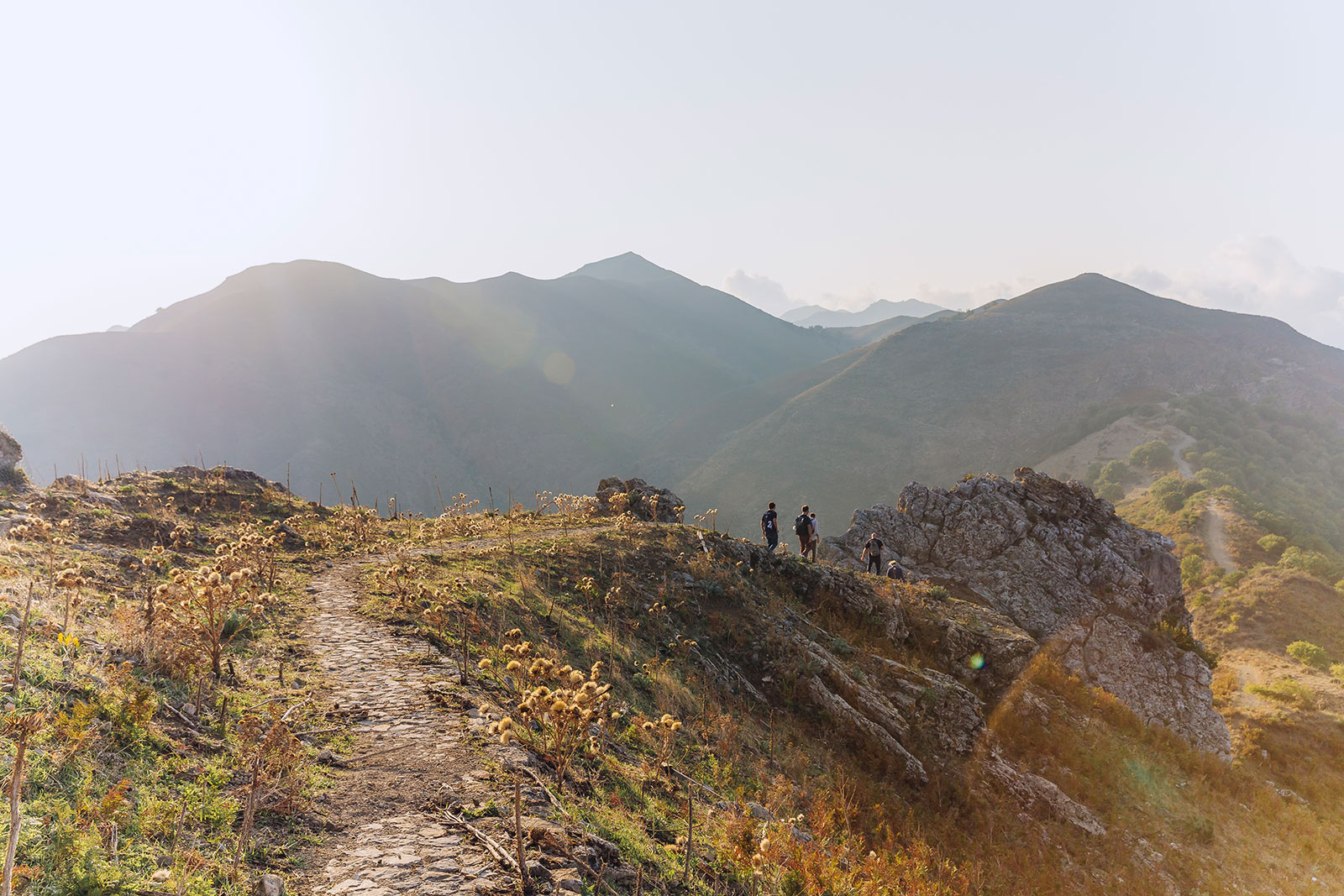 Never, and nowhere in the world, could such a ferment of spirits, such a production of wealth, be observed in such a small area
and in such a short period of time

“Mediterranean” is a word used to define different situations, realities, thoughts, and imaginaries: it is the sea, holidays, sun, history, geography, story, migrants, islands, Iliad, Odyssey, politics, theater …
Defining what the Mediterranean is is not at all simple.
Braudel argues that the integration of all human sciences is the only possibility to perceive its depth.
The common trait of the whole Mediterranean world is the geomorphological tern of water: the sea and its coastline, the watershed between the rivers and the initial streams that develop into the ridgelines, the river beds, the rivers, and the corresponding plain lines.
Mediterranean water crosses architecture, landscape design, storytelling, and art,
it conditions and governs all social and economic models.
The three lines of water can be assumed as the common denominator of a contemporary reflection, updated to climate issues.

Ridge line
The ridge line is the watershed between two river basins, the counterpoint of the hydrographic traces of a territory. Fundamental to its anthropization, they connect to the territory rather than the urban context. For them, water is both strength and fragility that reverberate in the surrounding area. An intervention in the mouth area of a reservoir cannot be effective without worrying about the median and upstream situation.
The keyword for the ridge line is “cure”.

Plane line
The plane line is ideally the one that joins the points at the same vertical distance from the reference plane.
In the plain, water can be in a visible or invisible dimension, it can be a river, a stream, a spring…
It binds and governs urban environments, cities, and small towns.
The keyword for the plane line is “opportunity”.

Coastline
The concept of the border between land and sea is at the heart of the “coastline”.
The high tide line, the highest limit of wave action, is “of the coast”.
The coastline is mobile: it moves backward and forwards up to permanent or semi-permanent assets. It can be a terrace, an embankment, a coast road,
a tongue of land, or a cliff cut by the waves. It binds and influences cities and territories.
The keyword for the coastline is “infrastructure”.

Alfonso Femia and Francesca Moraci offer a reflection on the whole
Mediterranean world, architecture, art, cinema, and culture, through an invitational call to action.

Within the context of reference “Invisible Mediterranean(s)” the call to action invites to develop the theme in specific dimensions.

• Between craftsmanship and design
– From territorial thinking to international design